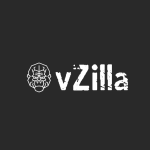 Since at least the beginning of 2016 I have been waiting and watching the technical marketing community and thinking more and more this is where I would like to be and how could I speed this process up. I really upped my game at the start of 2016 with a goal to achieve the above, even though I didn’t really know how long it would take to be honest. I started making contact with peers in the industry all over the place to find out what they were doing out there in the communities and also on their own personal brand, I took the bait END_OF_DOCUMENT_TOKEN_TO_BE_REPLACED

Back in June 2016 NetApp made a handful of big software development announcements firstly a new naming convention, out went the many operating system variants, CDOT, Clustered ONTAP etc. to be replaced by just ONTAP. ONTAP 9 was announced and in the first weeks of September we saw the General Availability of that source code to the current FAS hardware range as well as the newly rebranded ONTAP Select, ONTAP’s Software Defined Storage version. Another part of that announcement was a more formal, 6 monthly release cadence and without disappointment NetApp have this week announced ONTAP 9.1. Three things really stand out in this release END_OF_DOCUMENT_TOKEN_TO_BE_REPLACED

The unveiling of Cisco HyperFlex Systems On the 1st March 2016 Cisco will announce a new HyperConverged solution based on their existing UCS C & B Class compute, existing UCS Fabric Interconnects and a new Software Defined Storage approach that allows Cisco to offer that “Complete Solution” inclusive of Compute, Storage and networking where as other HyperConverged are missing that element that Cisco do really well, Networking! “True Hyper-convergence” Before I dive into the deep information regarding this new range from Cisco I want to touch on the current state of Hyper-convergence, a caveat from myself here is that I for one do not do END_OF_DOCUMENT_TOKEN_TO_BE_REPLACED

Introduction to OnDemand Sandbox from Storage Snapshots This new feature from Veeam was released in version 9 on January 12th 2016, probably my favourite feature that came in the new release, simply because it takes a great technology that is rarely used because of the manual steps required and allows for these steps to be automated. Meaning you get this great technology in an automated fashion allowing to perform lots of test and development on production storage and no extra storage cost. Basically with OnDemand Sandbox from Storage Snapshots we are able to take existing storage snapshots, create a segregated, full performance copy of production END_OF_DOCUMENT_TOKEN_TO_BE_REPLACED

The reason for this post is to tie in with the last post but give you a step by step guide on how to create the “FlexClone On Steroids” Create backup / Snapshot only job The following steps are required for that scheduled snapshot job that can be ran during business hours this is not a requirement for this however I have found it quite useful in having a scheduled point in time snapshot to then go and create a FlexClone from. Create Application Group The creation of the Application Group only has to be done once and this is really there to determine the END_OF_DOCUMENT_TOKEN_TO_BE_REPLACED

Today we experienced a very different type of announcement from Veeam Software, as an employee of Veeam Software I was able to hear about these new announcements either at SE training back in May or just last week on some final new names and features rather than just code names. In my opinion Veeam have really started and set the pace for the availability market, the virtualized workload protection world is dominated by us as Veeam. With the release of Veeam Endpoint Free in March 2015 this was setting the tone for things to come, from that flagship single product line with a few monitoring END_OF_DOCUMENT_TOKEN_TO_BE_REPLACED

Probably the most exciting announcement to come from the “The Next Big Thing” launch on the 23rd August 2016 was the ability to now backup your Office 365 mailboxes using Veeam software. This has been a pretty big question on people’s minds as we have been running through the sales cycle and tender processes with different prospects and customers, now Veeam have an answer to this. What is Office365 Before running through the newly announced product I want to briefly cover off what Office 365 actually is. We can find the following within Office 365. In particular, the “Business-Class email” is the main target here END_OF_DOCUMENT_TOKEN_TO_BE_REPLACED

Veeam Agents For the last 18 months of being with Veeam I have been saying agent-less is best…. Why has that changed now we have an agent at Veeam? well an agent-less approach to virtualisation is an absolute must! Veeam Availability Suite were designed for those virtualised environments and bring so much more advantages by being agent-less. But for a physical and public cloud approach where Veeam have no access to the hypervisor then a requirement for an agent is a must. Why Agents As I said above we do not have access to those public cloud hypervisors and I do not believe this will END_OF_DOCUMENT_TOKEN_TO_BE_REPLACED

The official Veeam line is “Cloud-Enabled platform for Service Providers and distributed Enterprise environments” Where the console fits? Basically offers management and encompasses all other virtualised, physical and public cloud management and provides the following to the enterprise or service providers. Easily and efficiently manage protection of hybrid cloud, remote offices and mobile users. Service Providers are able deliver Veeam-powered backup and replication services to their customers. Enables partners and resellers to launch a new service provider business and capture new revenue streams. The way I see it though is that if you have a fully virtual environment and you are using the Veeam Availability END_OF_DOCUMENT_TOKEN_TO_BE_REPLACED

Busy week here at Veeam, not only the usual customer meetings and demos, but we had kind of a big announcement on Tuesday, outlining our strategy and vision. If you have been using Veeam keep in touch Veeam you will know we have never really had an external roadmap, I think Tuesday changed this with the announcement of a vision as well as new products that were yet to be released. You can find my summary of the new announcements here – http://bit.ly/2bfaR2w I spent a lot of time putting some content together around most of the new product announcements and I have linked them END_OF_DOCUMENT_TOKEN_TO_BE_REPLACED