The last post I did on this was outlining everything I had chosen and some of the reasons for that. Now fast forward a little bit of time and make sure everything arrives given the circumstances we now have the setup 98% complete.

After the last post where I discussed the reasons for making the move from Apple to Windows and why… I decided to put together a short video clip of what the office kind of looked like before and then also some of the kit list that I went for based on a lot of research. This post also shows the rig specs as well for those asking.

It is absolutely worth noting here that nothing in this project has been sponsored by any vendor and this is all my own purchases.

As I mentioned given the circumstances there have been a lot of delays around deliveries which is to be expected and actually I have to take my hat off to the delivery drivers out there and all the companies adapting to this new normal.

I put together a time lapse video below to try and capture the build out from start to finish. This not only shows the amount of new kit and thought that went into this project but also the cable management. I have a huge issue with cable management as you will see, I will link some of the tricks I used to make things tidy and out of shot.

Since I have been sharing updates on twitter there has been a number of asks on what certain things were in the new setup, I will add those here for people to reference.

“What is that small screen under that enormous screen?” That my friends is an Amazon Echo Show, it is a 5″ screen and after seeing some office / desk reviews and tours on YouTube this seemed like a great idea. It gives you access to Alexa, but also a newsfeed, time, weather and even syncs to your Office 365 calendar and can inform you of upcoming meetings etc. I can also use it to play Spotify separate to the setup although I could in theory run a cable from the device to the new Razer Nommo speakers and connect to the Aux in to use that sound system as well. (more cables though so likely won’t) Keep an eye out on Amazon as they have some good deals on this, and you should not really be spending more than £50 on one of these.

“Is that an Elgato Stream Deck?” Indeed, it is, but I am not a streamer I hear you cry. Indeed, correct again, however I have been looking at these for a while as they give the capability of being able to perform tasks in an automated fashion for example already I have configured mine for Zoom calls… quick button to mute and umute, show video, hide video and leave the meeting. As well as macros to open this site, YouTube, Twitter, Linkedin all from a touch of a button on the deck. Its not just a tool for streamers and many YouTube videos back this theory up. The other amazing benefit to this was I did not have to pay for it! I won this in a competition over at the The Data Centre Brit at the very beginning of the year. Big shout out there to @jabenedicic who runs that blog but has also been a great sounding board for some of the decisions I have been taking for this whole office refresh.

Another thing to mention is the cable run that is now running around the outside of the desk, I knew I wanted to put LED lights on the top of the desk and the underneath but my desk is basically a worktop connected directly to the wall so there is no gap between desk and wall and then there are desk and shelf supports in all 3 corners of the desk. This was something else people asked. But with the LEDs and also the cable management I had drilled holes where possible but there is always going to be some other cables having to run between devices. What I did was ran these Rigid Angle Cover Trims around the outside of the desk and if you really look at the video or the images you might just see them. You will also see this is where in the video I attach the LED lighting and then I run the sleeves for cable management down. I also use the same sleeve under the desk which are then held up with these wall clips to hide those sleeves from view.

Ok so we are nearly there, and we are almost a week in to using the new setup, and it is awesome, screen is perfect. (I am not straining my neck) I had those 2 x 27″ screens before this and even before that I had the iMac 27″ and those 2 x 27″ either side I am used to monitor real estate, this monitor gives me that but without the annoying line up or bezel down the middle, and you can also configure this screen to multi frame to allow for specific snapping to windows. 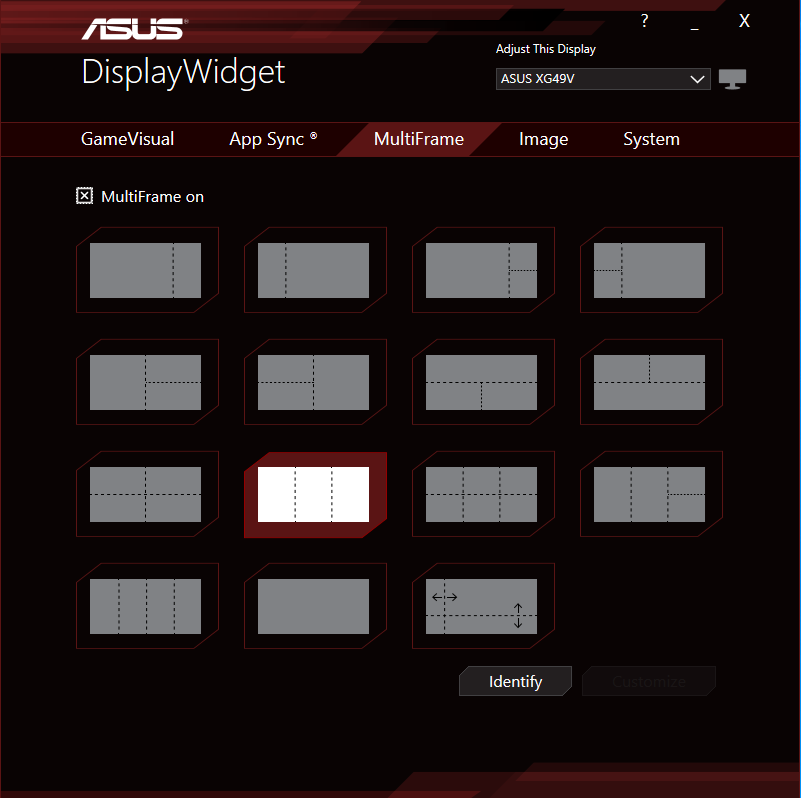 So what is next, well we have some cable management to deal with behind the new rig, nothing major but there are a lot of USB devices that need to be organised and I need to know what all of those devices are and where they connect for later troubleshooting or movement. Then we can get some end game pictures up and out on Reddit, Twitter and maybe even submit some of this to the YouTube reviewers I have been addicted to over the past few months.

I also need to remove some furniture and get things ready for some more content ideas I have with the whiteboard I have up behind the setup, I also have an Elgato green screen arriving soon so maybe some interesting content ideas to come there as well. If not I will be able to make some awesome Zoom backgrounds.

one good thing to come out of this lock down phase is that creativity is flowing for new ways and ideas to express ideas.

Then when we see a light at the end of this lock down tunnel I will need to get back onto the whole purpose of the #ProjectFreddie which is the laptop project but not a lot of point in diving head first into that one just yet as we are not travelling. Strangely though I have moved away from the Mercury White Razer Blade Stealth 13″ and I am now thinking more toward the Razer Blade Stealth 13″ 1080p option instead but rumours are there is a new one of them landing in the next few months so we will see what that looks like.