Hi Everyone, it’s that week we have been speaking about for the last year or so. The General Data Protection Regulation (GDPR) comes into effect this Friday (25th May)

Hopefully this is not new news to anyone that must adhere to this new regulation, if it is then there are heaps of content out there and I summarised the Veeam efforts here in another blog post – Veeam & GDPR – The Journey to being GDPR Compliant


Last week, Veeam had their annual conference VeeamON in Chicago, at the conference I was fortunate enough to team up with some fellow Veeamers to talk about the process that Veeam has taken to achieve GDPR compliance but also how it’s not a line in the sand and it’s a case of continuous improvement. We also touched on some of the features that are included within Veeam Backup & Replication and Veeam ONE that will help you understand what your data is doing and what you are doing with it. 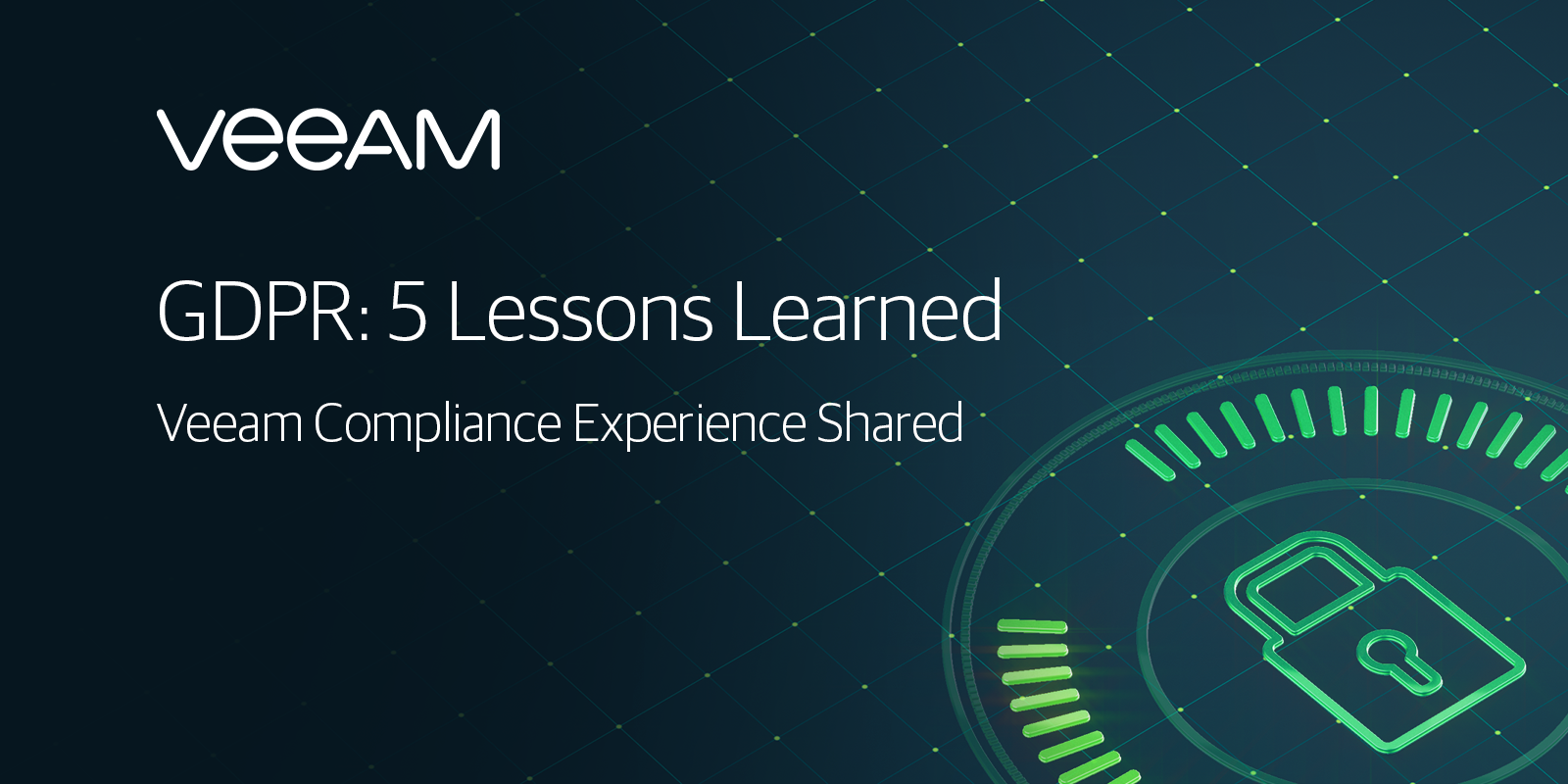 It was really interesting to hear the audience asking the questions in regard to GDPR and other regulations, the nature where service providers in the US were already well and truly down the lane in becoming GDPR but still had some questions in that regard, like where the line gets drawn between end user and service provider. Then there were people in the room that didn’t know that they needed to be compliant even though they hold European data.

If you are late to the game that doesn’t mean you shouldn’t get yourself on the path to becoming compliant. 4% of your turnover or £20 million could be the incentive that you need. More details can be found in that first link above.

You may have also noticed a stream of emails coming in regarding privacy rules from pretty much every company you have ever dealt with. One thing I want to share is that you read these and understand what they will be committing to do to protect your data. I would also take a look back over those browser settings because these could be used as a third-party way of passing on data to these companies and then it’s not your data as such, just something else to be aware of.

I am going to be putting a few posts out this week in the run up to “GDPR Date” I hope they are useful. I want to touch on some personal changes people should consider, at the end of the day it’s your data! But I would rather these massive companies not use my data for the wrong reasons. I will also be touching on some more features within the Veeam platform that may help.