Ok, so I thought I would let the dust settle from a very hectic week in Las Vegas last week. It was the annual conference from NetApp, NetApp Insight and it was the US edition and later in the year we will be heading down to Barcelona for the European event.

This Insight was a special one for me as it marked the 5-year anniversary of becoming a member of the NetApp A Team. I have been working with NetApp technologies for the most part of my career, probably around 11 years or so now, I wrote this last year to mark the 10 years at the ONTAP end.

Back to the A Team, when the program first started there was a small number of us advocating by way of blogging and just being visible on social media and sticking up for the NetApp technology portfolio.

Here is another post marking the 4 year anniversary for the A Team.

So, what did I get up to this year in the new compressed 3-day event,

As part of the 5-team crew we were asked to be on the super early shift and take part in the general session as everyone was taking their seats.

I cannot find any video footage of the interviews we did though just yet. But it was great to be involved with the guys and continuing to highlight what the A Team is and about. 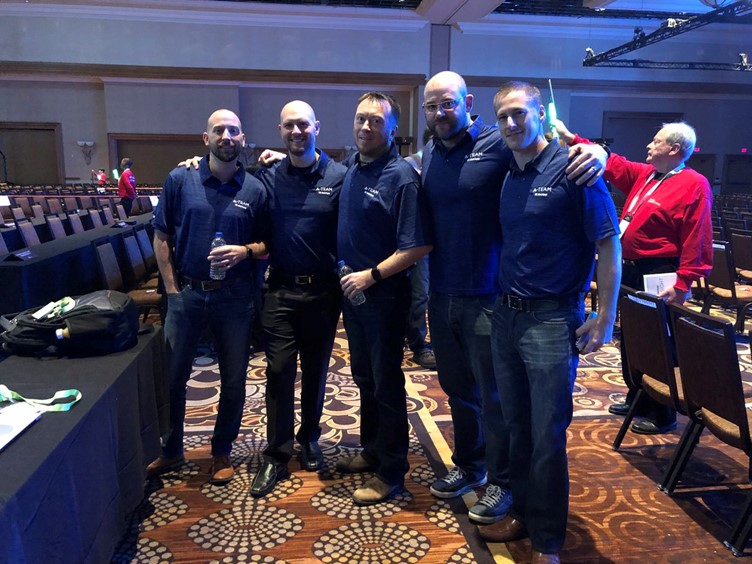 From left to right:

It was awesome to have my good friend and fellow Veeamer Adam, ask me what I was excited for and what it means to be a year member of the NetApp A Team 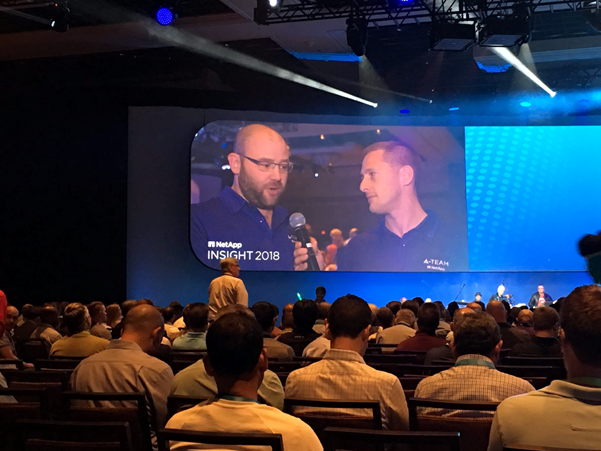 Me and Adam also had a couple of breakout sessions, we covered the Veeam integration points with ONTAP and NetApp HCI, still amazed the amount of people that were not aware that we did this, must remember this and keep the story going. Our second session was about Advanced Architectures and we touched on a lot of the public cloud offerings from Veeam.

If you are heading to Barcelona, then me and Adam will be repeating these sessions over there.

Hanging out with these smart people

Introducing the 2018 NetApp A Team group photo. Really enjoyed hanging out with these guys, there just wasn’t enough days of conference to get to know the new folks better. 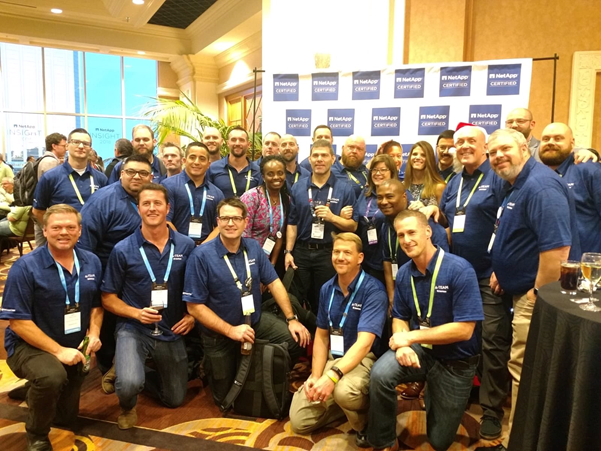 For those that know me, they know I love a bit of swag, check out those new A Team polo as well they were awesome. Thanks Mom.

On the first evening we had our A Team reception and the 5-year guys were presented with a gift. It’s an awesome jacket top with 5 year on the arm. I will need that in Barcelona the first week of December, but we also got presented with them from the NetApp Legend himself Tom Mendoza.

I know myself, Adam and Chris will be in Barcelona. Check out our breakout sessions, if you see us just stop us to have a chat.