The week after the week before, last week it was our VeeamON event in New Orleans, I have to say this was my first own conference and boy did I get through some steps on my fitbit. An amazing oppurtunity for me to be able to speak on the main stage in both of the general sessions, as well as present with a few friends of mine within our industry.

Day 1 of the conference was in fact partner day, the partner or channel sphere is very important to Veeam as there is no direct sales approach so all customers and transactions are handled by the channel. The day focused around this. The technical announcements made on Day 1 was regarding the Continuous Data Protection and vCloud Integration for DRaaS offerings for those mission critical workloads. As well as a Tape As A Service offering to better help meet compliance requirements for archival and retention.

Wednesday was the opening day for the show, the first General Session open to the customer attendees. Wednesday was where our team took the stage to demo most of the new announcements as well.

Veeam Agent for Windows was released on May 11th but the announcement took place on Wednesday, the next iteration of the Veeam EndPoint backup and the ability to protect those physical and cloud instances, the Veeam agent for Linux was released a few weeks back giving some of the same functionality.

The v10 announcement was around the management of these agents to take place within Veeam Backup & Replication. Enabling administrators to manage virtual and physical infrastructures through the console.

For me coming from a NetApp background this was one of the biggest announcements made at the event. The ability to backup SMB and NFS file shares natively within the Veeam console. But its not NDMP, this meaning that you are not forced to have to recover this back to the same location you backed up from, being able to choose any target for recovery is the game changer here as well as just the ability to backup file shares. There is also the ability to set long term retention policies down to the “Archive Tier” something I will mention in a later post this week. 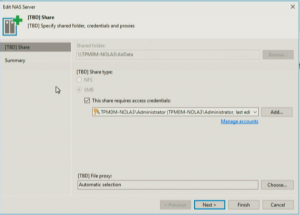 Veeam Continuous Data Protection, Availability of tier-1 VMs with VMware-certified continuous data protection to reduce RPOs from minutes to seconds. Leveraging the vSphere VAIO (vSphere API for IO Filtering) the big wins here are the RPOs down to seconds but also bypassing the requirement to need VMware snapshots. 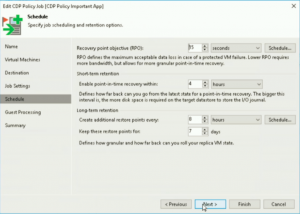 Storage agnostic approach by enabling the archiving of backups to any target or media including tape, private object storage, and any class or tier of storage that could not previously be used as a Veeam repository based on random I/O characteristics or limitations. 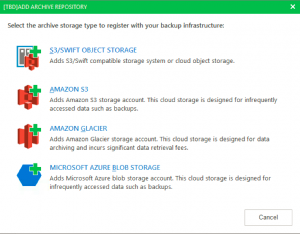 This will allow our storage vendor partners to allow for faster integration with Veeam, Announced were the integrations with IBM, Lenovo and Infinidat all of which have used the Universal Storage API process to become certified with Veeam.

Because there was so much content and announcements I have added a second part to this series of posts. This follow up part two will be available tomorrow.